If you don’t know what my title refers to, make haste to your nearest library and pick up Stephenie Meyer’s Twilight Series. For the rest of you, keep reading. (Mild spoilers below).

A friend loaned me the books right after I had Xiao Mei. I was instantly hooked and read all three back to back. At first I was bothered by the juvenile nature of the Edward and Bella relationship, especially in Twilight; but, by the end of Eclipse, I was into it.

Until recently, I was an Edward fan. What is not to like about him? An old fashioned, gorgeous gentleman who drives nice cars, has a caring personality, is intelligent, and is incredibly rich? Oh, and he happens to be a vampire (which seems to add to his appeal rather than take away from it). Anyway, I like Edward, I really do, but the more I think about it the more I realize that he is all wrong for Bella. Throughout the whole series, Bella has a major inferiority complex around Edward. She does not know why he likes her, and she keeps waiting for him to leave her. He has to constantly reassure her that he really does care for her. Relationships require equality, and Bella will always feel unequal to Edward, even if she becomes a vampire herself. One cannot have a healthy relationship when one wonders why they are worthy of the love they receive.

Bella has to end up with Jacob. He is her perfect match. They are equals, they are friends, and they are comfortable with each other. Jacob makes Bella laugh and feel confidence. Edward makes Bella insecure.

I doubt the series will end up with Bella and Jacob together, but it should. 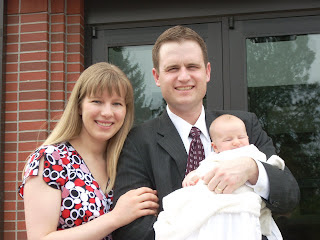 Yang gave Xiao Mei a baby blessing last Sunday. It was a special day for all of us. It is very touching to watch a father interact with his baby daughter, and to express his hopes and wishes for her future. 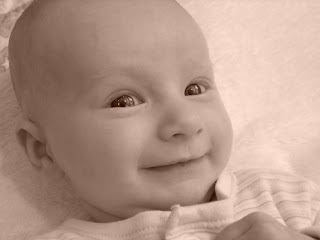 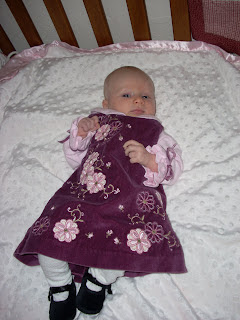 Xiao Mei got all dressed up to visit her dad at his office down town. This is the first time she has worn a dress, tights, and shoes. I think she looked pretty cute, but we were both glad to get back to our standard, comfy sleepers.
Posted by Yin at 7:32 PM 4 comments:

I’ve been trying to ignore this topic, but I can’t seem to let it go. I am a little disturbed by the raid on the Texas ranch. It seems overly aggressive and smacks of a witch hunt. My Mormon persecution complex has been reawakened after the Romney spectacle,* and I suspect that there is more than concern for the welfare of the children motivating child protective services.

My thoughts on polygyny are a bit convoluted. Up until my early-twenties, I despised polygyny because I was trying to distance myself, as a Mormon, from our polygynist past. I thought all polygynists should be aggressively sought out and arrested, and I did not understand why the attorney general largely ignored the polygynists living in .

In law school, my opinion about polygyny and polyandry started to change. I now think that polygamy should be decriminalized. Consenting adults can already have sexual relations with more than one person, so I don’t think the state should criminalize consenting adults who marry more than one person. I realize that, in practice, polygamy is often accompanied by all kinds of abuse. However, there are adequate laws in existence to cover those issues. Child abuse, statutory rape, spousal rape (in most states), and welfare fraud are already illegal. Arrest people for those crimes, not for polygamy. That way, the happy, Big-Love-style polygamists can live openly and in peace. They are a minority, but they do exist. Not all polygamists are of the Warren Jeffs’ variety.

So, back to . Is it really necessary to haul 401 children out of their homes for questioning? Doesn’t DHS usually investigate parents and children in their home before they authorize removal? I don’t believe that all 401 children were at risk of imminent harm, serious enough to warrant the state taking custody of them. I am sure officials will find some serious abusive situations; however, I predict the majority of the children removed from their homes are not being abused and are not in danger. My guess is that the majority of the polygamist women, who had their children taken from them, are loving and adequate parents. I wager that some of the fathers are even loving, adequate parents. Was it really necessary to remove the children from their home? Can you imagine the trauma these kids are experiencing right now? Now they will be stuck in a foster care situation for weeks, if not months, while TDHS conducts it’s investigation.

I think the raid was over the top and unnecessary. It was motivated, in some part, by religious bigotry. Any Mormon, me included, will tell over and over that Mormons are not polygamists. We’re not. The LDS church officially discontinued that practice over 100 years ago. However, we are intimately connected with the FLDS (polygamist) church because both religions are an outgrowth of the teachings of Joseph Smith. We are triplets. The LDS church is the good triplet, the FLDS church is the bad triplet, and the Community of Christ (RLDS) is the cool triplet. Anyway, because we are connected, I can’t help but feel sympathetic for the women who had their children taken away from them on Monday. They may be crazy religious nut jobs, but I don’t doubt that the majority of the women love their children and provide them with adequate care.

This post is getting really long and rambling, but I have one last thing. I am totally annoyed with the fact that the state rented buses from the Baptists. Seriously? Were there not enough religiously neutral busses available? They had to use Baptist busses? I can just imagine the local Baptist pastor relishing the symbolism of it all. The Baptists busses are leading the crazy polygynists toward spiritual salvation. Nice.

* The media coverage surrounding Romney’s bid for president unearthed major anti-Mormon sentiment. Until then, I was blissfully unaware that Mormons were so despised by so many people.

UPDATE: Here is a great blog post about the affidavit that was used the justify the raid.

ANOTHER UPDATE: I removed the link to the CNN article. I didn't realize that CNN posts a link to all the blogs that link it's articles. I got a handful of interesting comments from strangers, and I had to delete a few that told me I was on my way to hell. I didn't take it personally--I'm sure I'm not the only one.
Posted by Yin at 4:18 AM 10 comments:
Newer Posts Older Posts Home
Subscribe to: Posts (Atom) 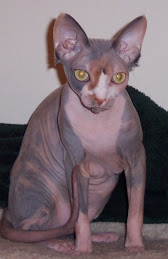 It is amazing how complete is the delusion that beauty is goodness. Leo Tolstoy